Fighting Blind: NATO Might Have to Defend Europe Without Communications in a War 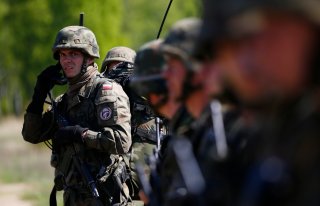 Here's What You Need to Remember: Instead of trying to out-radiate Russian ground forces, the Pentagon could invest in aerial and naval jammers that could overpower the Kremlin’s air and sea units, resulting in an asymmetric advantage for the United States.