Fighting Over Afghanistan, the Su-17 Did a Bit of Everything 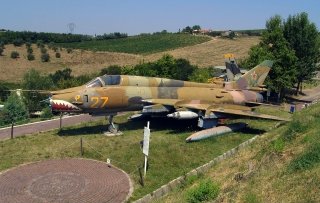 Here's What You Need to Remember: Su-17s left Russian service alongside their MiG-23BN and MiG-27 counterparts during defense reforms during the 1990s and 2000s as single-engine aircraft were not considered survivable enough for air-to-ground combat. In the role as a close air support aircraft, the double-engined squat Su-25 replaces it. In the role as a faster strike aircraft, the Su-34 replaced the Su-17.