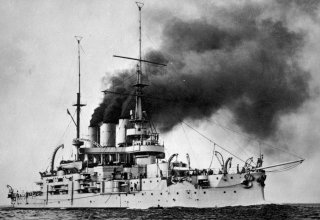 Here's What You Need To Remember: Naval mutinies aren't common. It's an extraordinarily risky course of action for a sailor, and the laws against it are extremely harsh. But when mutinies do happen, they are often extremely significant. Here are five of the most significant ones.

Robert Farley, a frequent contributor to TNI, is a Visiting Professor at the United States Army War College. The views expressed are those of the author and do not necessarily reflect the official policy or position of the Department of the Army, Department of Defense, or the U.S. Government. This article first appeared in April 2019.