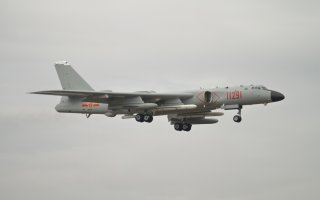 Here's What You Need to Know: For now, China is content to project power into its nautical backyard and over adjacent areas.

China’s H-6K may be an old Soviet-designed bomber—but it’s getting twenty-first century missiles.