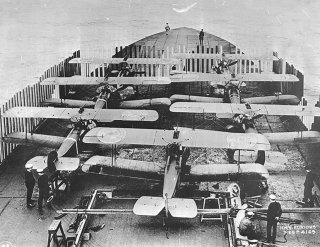 Here's What You Need to Remember:  In fact, the Camels had inflicted a surprising amount of damage despite their very limited bombload. Even though the German hangars survived intact, the base at Tondern was abandoned, its location near the coast considered too vulnerable.