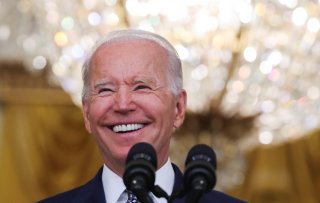 Starting in July 2021 and running until December, a series of six Child Tax Credit advance payments are being sent out by the IRS. The July and August payments have already been dispatched; the next payment slated to arrive will be sent on Wednesday, September 15.

The payments have gone out to more than 36 million American families, and enough time has elapsed after the July checks arrived that surveyors and experts have been able to assess their impact on families’ financial well-being. Unsurprisingly, the advance payments improved it considerably— even with only one payment.

The Child Tax Credit has been significantly upgraded since 2020. Until the American Rescue Plan was signed into law in March 2021, the payments were set at $2,000 per year for every child in a household, regardless of their age. The payments could be claimed as a deduction on one’s taxes when it came time to file; if a person did not make enough money to pay $2,000 in taxes, they could not benefit from the credit.

When he signed the ARPA bill into law, President Joe Biden overhauled this system. Under the new rules, the maximum payments are $3,600 per year for children five and under, and $3,000 per year for children six and above. Half of this money was set aside to be claimed on families’ taxes; the other half was divided into six portions—$250 and $300 each—and sent out as a series of monthly checks from July until December.

The final significant revision to the old law was to make the tax credit fully refundable, meaning that families could claim it even if they did not make enough money to benefit from the tax deduction. This has effectively transformed the credit into a miniature stimulus check, against the wishes of some fiscal conservatives.

The expanded benefits were originally sold as a temporary, one-year expansion to the regular payments, solely as a pandemic relief measure. However, the evidence from this survey will provide more ammunition to the payments’ advocates in Washington, DC, who have pushed Congress and President Biden to attempt to make the expanded payments permanent.