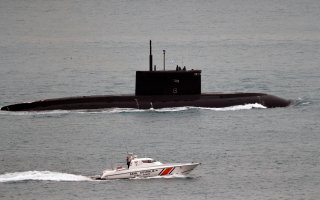 Here's What You Need to Know: Russia has built some impressive submarines over the decades.