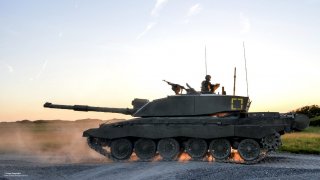 Here's What You Need To Remember: The U.S. is only one member of NATO, and it happens to be one of the members that isn't even on the European continent. Should NATO and Russia come to blows, it is certain that European forces will go into battle alongside--perhaps--American troops.

When it comes to a potential war between NATO and Russia over Ukraine or some other hotspot, everyone's attention is focused on the capabilities of U.S. versus Russian weapons.

Michael Peck is a contributing writer at Foreign Policy and a writer for War is Boring. Follow him on Twitter:@Mipeck1. This article first appeared in 2014.