Five Russian Weapons that China Should Be Worried About 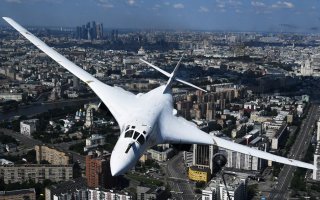 Here's What You Need to Remember: While the prospect of an aging, lumbering bomber lingering outside China’s national borders and flinging deadly modern cruise missiles is scary enough, the prospect of the world’s largest heavy bomber flying over Chinese territory, evading air defenses and striking targets should give Beijing pause.