Five Times the British Had No Choice But to Admit Defeat 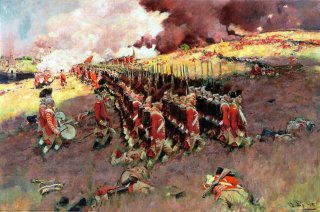 Nor did Rommel didn't waste time. He desperately cleared a path for his supply columns, refueled his tanks and scattered the remaining British armor. Glittering before him was the prize of Tobruk, a fortress whose tough Australian defenders had successfully withstood Rommel's siege in 1941. But the defenses were in disrepair, its new South African defenders were unprepared, and the fortress quickly fell with the loss of 30,000 prisoners. Bolstered by massive quantities of badly needed fuel and supplies, the Afrika Korps pressed on to Egypt and nearly to the Suez Canal, only to be stopped at El Alamein.

And yet, Britain ultimately defeated the Zulus, and the Germans and the Japanese. As the old British saying goes, "We lose every battle but the last one."

Michael Peck is a contributing writer at Foreign Policy and a writer for War Is Boring. Follow him on Twitter:@Mipeck1. This first appeared in November 2014. Editor's Note: This piece has been updated from its original publication.