Five Times the British Were Taken Down on the Battlefield 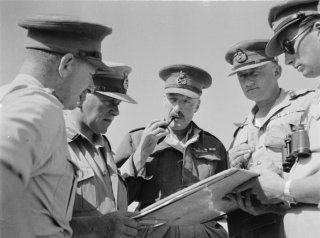 Here's What You Need to Remember: You can't win 'em all. But as the old British saying goes, "We lose every battle but the last one."

Saratoga was a battle that should never have been fought. Britain always had a small army for a major European power and a particularly small army for subduing an area the size of eastern North America. Yet Britain did have the Royal Navy, which conferred a strategic mobility that allowed the British to concentrate or evacuate their forces with a speed that George Washington's Continentals couldn't match.

But the main Zulu army of 20,000 strong was actually hidden near the camp. When British scouts finally detected them, the Zulus attacked. They wielded Iron Age spears and shields in the Industrial Age of steamships and machine guns, but the Zulus proved what the highly organized, motivated, and tactically mobile troops could accomplish despite technological inferiority. Their favorite tactic was the izimpondo zankomo ("horns of the buffalo"), where the older warriors of the Zulu force engaged the enemy from the front while the younger warriors circled around both flanks and attacked. Such tactics had won the Zulus a fierce reputation and an African empire. Now they would destroy the British.

The Prince of Wales was fresh out of the shipyard and still had dockyard workers aboard to finish the ship. The Hood had been launched in 1918, while World War I still raged. As a battlecruiser, faster but less well-armored than a battleship, it wasn't meant to slug it out with a modern battleship like the Bismarck. Even for a battlecruiser, it had weak deck armor, which left it vulnerable to plunging fire coming down on top of the ship instead of the sides.

That racism bore bitter fruit in the first six months of the Pacific War when the Imperial Japanese Army and Navy disemboweled the Western powers across Southeast Asia and the Western Pacific. Nowhere this was better symbolized than the fall of the British fortress of Singapore.