The Five Worst Submarines to Ever Hit the Seven Seas 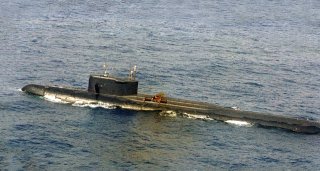 Here's What you Need to Remember: Senior leadership is crucial to the silent service, even more than in surface fleets. Subs operate largely independently, free of micromanagement from on high. In effect, a boat takes on the personality of its skipper. A boat blessed with a skilled, aggressive commander like Mush Morton or Eugene Fluckey is an effective boat. A sub not so blessed is apt to run afoul of hard luck--or worse.

What a drag. Top Gun was about the best of the best flitting around the skies, kept aloft by a lonely impulse of delight. This list of History's Worst 5 Submarines catalogs the worst of the worst lumbering around in the briny deep. Such a vessel is a millstone dragging down the fortunes of its navy, its parent military, or the society that puts it to sea.

Or, conversely, a submarine boasting the latest in technological wizardry accomplishes little if handled by an incompetent or apathetic crew. There's a good reason a ship, its crew, and its commander are all known by the ship's name. The relationship between man and materiel is symbiotic. The hull provides a home and sustains life, while the mariners manning the hull provide seamanship and upkeep and fight the ship when need be.

Senior leadership is crucial to the silent service, even more than in surface fleets. Subs operate largely independently, free of micromanagement from on high. In effect, a boat takes on the personality of its skipper. A boat blessed with a skilled, aggressive commander like Mush Morton or Eugene Fluckey is an effective boat. A sub not so blessed is apt to run afoul of hard luck--or worse.

And indeed, at present the U.S. and Royal navies are struggling with the cost of fielding replacements to their Trident SSBNs. SSBN programs could crowd out other shipbuilding priorities, leaving behind boutique navies comprising too few assets for commanders or statesmen to risk in battle. Here again, the credibility of a nation's bare-knuckles diplomacy could turn on innate features of submarines. Too expensive a boat is a bad boat.

Factoring in all of this, here's how to rate history's worst submarines. One, did a sub's basic design, the quality of its construction, or its expense cancels out whatever tactical or operational promise it held? Two, did its crew egregiously fail to execute assigned duties, whether out of incompetence, carelessness, or faulty doctrine or tactics? And three, was its performance so deficient that it set back national power or purposes?