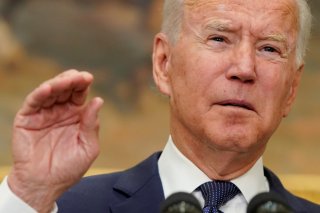 Here's What You Need to Remember: Following these recurring problems, the IRS provided an update to its online portal that allowed prospective recipients of the Child Tax Credit to quickly update their addresses. However, the deadline for doing so in time for the September round of payments is Monday, August 30.

The newly expanded Child Tax Credit, signed into law in March by President Joe Biden, has proved to be one of the most popular coronavirus-era economic recovery programs. The payments predate the pandemic, but under the American Rescue Plan Act, Biden’s first piece of signature legislation, they were expanded in scope from $2,000 per child per year to $3,000 (if the child is older than five) or $3,600 (if the child is five or younger). The payments were also made fully refundable for the first time, effectively transforming them from a tax credit, which requires families to owe taxes in order to claim, to a simple cash payment that all families regardless of income can use.

One significant difference with the current round of payments has been that half of the total is being sent out in a series of six advance checks. These checks are slated to arrive from July until December. The first two have already been sent, and the next one is anticipated on September 15. Each of these six checks contains one-twelfth of the total payment. They add up to one-half, and the remaining half can be claimed as a tax rebate in April 2022.

However, the Child Tax Credit has had recurring problems with its rollout. A major glitch occurred when parents without Social Security numbers did not receive returns for their children. Noncitizen taxpayers receive a different number, called an Individual Taxpayer Identification Number, or ITIN; while children with ITIN numbers are not included in the Child Tax Credit, parents with ITIN numbers should be, and the IRS acknowledged that it had made a mistake and was attempting to rectify it. Another significant error involves the agency’s address records, which in some cases are outdated and have led to many thousands of checks being sent to the wrong addresses.

Following these recurring problems, the IRS provided an update to its online portal that allowed prospective recipients of the Child Tax Credit to quickly update their addresses. However, the deadline for doing so in time for the September round of payments is Monday, August 30. Past this date, there is no guarantee that the IRS will be able to update a person’s address by the time the September round of Child Tax Credit checks is sent out on the 15th.

The next round of payments takes place on Friday, October 15. The payments will take several days to arrive if a family is slated to receive them via direct deposit, and will likely take longer if sent in paper check form.