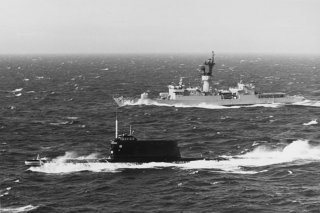 Here's What You Need to Know: As weird as it sounded, the magnet concept proved a resounding success.

In the meantime, one of Her Majesty’s submarines was about as stealthy as a mariachi band. No fighting, no training, no nothing until all those floppy little magnets were dug out of her skin at a cost of time, money, and frustration.