Floyd "Money" Mayweather Is Heading Back Into a Boxing Ring Again 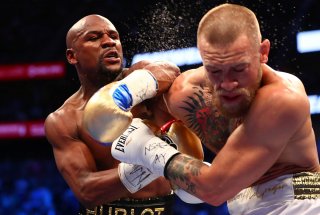 Floyd "Money" Mayweather, the former world welterweight champion and the former top pound-for-pound boxing legend, is back, and perhaps in a big way.

Well, not out of retirement back and fighting say a top-tier opponent, but at least back in the boxing ring right where he belongs.

It was announced Tuesday that he would fight YouTube personality Logan Paul in an exhibition bout on June 6 at Miami's Hard Rock Stadium.

“Logan Paul and I are going to fight at Hard Rock Stadium. Mayweather Promotions, Fanmio and Showtime will team up to give you an epic event,” Mayweather wrote on his Instagram account.

Mayweather Promotions described the fight as a "historic crossover event" that it is calling "Bragging Rights" in a separate post, also on Instagram.

But how boxing like will the event actually be? The announcement included no additional details about the match, such as the number of rounds or the size of gloves to be used.

Logan Paul (1-0, 0 KOs) is Jake Paul's older brother, who recently knocked out Ben Askren in the first round.

Meanwhile, Mayweather, 44, has not fought since technical knocking out mixed martial arts star Conor McGregor in a historic cross-combat super-fight in Las Vegas in 2017.

At the time, Mayweather (50-0, 27 KOs) came out of retirement for that contest as well after hanging up his boxing gloves two years earlier after an unbeaten career spanning three historic decades.