Flying Computers: Could Hackers Be the F-35’s Greatest Enemy? 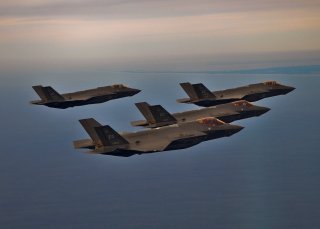 Here's What You Need to Remember: The increasingly serious cyber threat to major platforms and weapons systems is by no means restricted to the F-35. For instance, successful hacking or cyber intrusions could disrupt vital targeting and guidance systems needed for precision weapons, derail computer enabled aircraft navigation and targeting, or even seek to change the flight path of a drone or ICBM. CROWS is also designed to harvest the best thinking when it comes to anticipating potential enemy cyberattacks.

Computer technology increasingly organizes, integrates and presents information for pilots with an improved efficiency and graphical user interface. Developers often refer to this as “easing” the cognitive burden so that the dynamic human mind can better direct its energy toward tasks it is uniquely able to perform, such as problem solving.