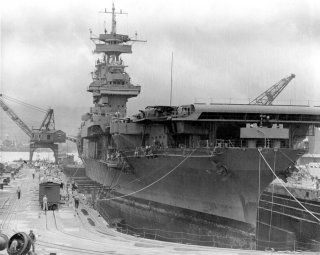 Here's What You Need To Remember: The fact that Midway’s anniversary falls one day after D-Day may be part of the reason – it is overshadowed.  It may also be that the story of American ground troops at Normandy, braving the horrors on the beach to secure a toehold in Europe, is something that resonates more personally with people on the most basic and emotional levels.