Forget the F-35? America's Sixth-Generation Stealth Fighters Are in the Works 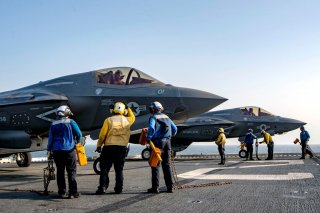 Key Point: The F-35 is very advanced. However, newer technologies keep coming along and the military is already looking to what comes next.

Air Force officials have said that an analysis of alternatives has been completed and that work on requirements is underway. Work includes various modeling and efforts to explore crucial hardware and software technologies.