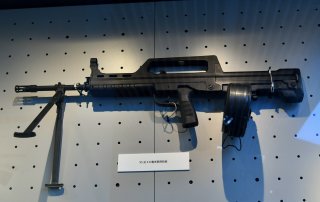 Here's What You Need To Remember:  Despite the increasingly mechanized nature of the People’s Liberation Army, China’s infantry arm is still, as it is in other armies, the “Queen of Battle.”

This article first appeared earlier in 2019 and is being republished due to reader interest.