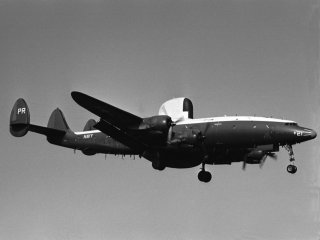 Here's What You Need to Remember: Nixon decided to continue U.S. reconnaissance flights in the region while providing them with military escorts to prevent another downing. This showed American resolve against the attack while still continuing the intelligence collection mission. It also had the benefit of not escalating what was already a crisis.

Kyle Mizokami is a defense and national-security writer based in San Francisco who has appeared in the Diplomat, Foreign Policy, War is Boring and the Daily Beast. In 2009 he cofounded the defense and security blog Japan Security Watch. You can follow him on Twitter: @KyleMizokami. This first appeared in October 2017.