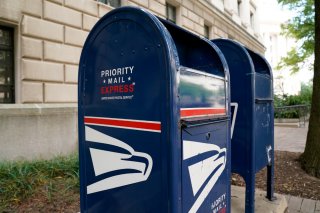 Today I'll discuss the end of the old postal savings system half a century ago, and the idea's surprising recent rehabilitation, this time as an ostensible solution to America's unusually high rate of "unbanked" households. After critically assessing three widely held beliefs underlying the argument that postal banking can help the unbanked, I conclude that it is in fact unlikely to prove effective at achieving that goal.

The Decline of Postal Savings after WWII

The old postal savings system lasted until 1966, when Congress finally put an end to it. Yet its attractiveness to depositors had been dealt a fatal blow as early as 1934, when the advent of federal deposit insurance made ordinary (i.e., commercial bank) deposit accounts just as safe for balances up to $5000, which was more than the limit on postal savings accounts.[1] After a renewed period of growth during World War II, spurred by soldiers' need to bank by mail—a service commercial banks did not offer until after the war—the postal savings system went into terminal decline. In the two decades after 1945, the number of postal depositors fell by 80 percent, from more than four million to around 800,000.

Many postwar trends, from the spread of automobile ownership to the growth in the number of bank offices and the expansion of bank hours, also contributed to postal savings' decline. As early as 1952, the U.S. Comptroller General reported that "the main purpose and justification for the Postal Savings System are no longer applicable," and suggested that Congress consider whether there was still any need for it. Bills to abolish the system were introduced in every session of Congress between 1952 and 1966, when a broad majority finally passed the legislation, which President Johnson went on to sign.

The Rebirth of Postal Banking

By the time it ended, the postal savings system was already seen as a relic from the past. Yet half a century later, it is back on the policy agenda. No fewer than four of this year's Democratic presidential primary contenders, including Joe Biden, have called for its revival. Other prominent lawmakers, such as Rep. Alexandria Ocasio-Cortez (D-NY), and Sens. Bernie Sanders (I-VT) and Kirsten Gillibrand (D-NY), have in turn sponsored postal banking bills. These modern proponents of postal banking have also revived the argument first made in favor of postal savings over a century ago, namely, that commercial banks and other private financial institutions are not meeting the needs of low-income Americans.

Even if one accepts that argument, the proposed solution—a return to postal banking—seems anachronistic at best, coming just as the digitization of financial services seems poised to diminish the importance of brick-and-mortar bank offices. What, then, explains the allure of as aggressively "analog" an institution as postal banking? Cynics might say that its proponents are less concerned with helping the poor than with creating a new revenue source for the ailing U.S. Postal Service, as well as a new means for the distribution of subsidized credit. This agenda no doubt plays a role. But I believe that proponents of postal banking have also fallen victim to three popular yet mistaken beliefs concerning the capacity of postal banking to bank the unbanked.

The first of these mistaken beliefs is that the unbanked today resemble those who found postal savings accounts attractive 100 years ago. The second is that the absence of conveniently located brick-and-mortar bank offices is an important reason why many people lack a bank account. The third is that postal banking is a relatively efficient way to bring cheaper payments and credit to unbanked households.

The Demographics of Postal Banking

Because the unbanked today include disproportionate numbers of unnaturalized immigrants and minorities, many present-day proponents of postal banking regard the past record of postal banking as evidence that its revival would assist them: According to the FDIC, 16.2 percent of foreign-born non-citizen households lack a bank account, compared with 5.9 percent of U.S.-born and 4.8 percent of foreign-born citizen households.[2] African Americans and Hispanics have unbanked rates of 16.9 percent and 14 percent, respectively, against just 3 percent for white households. The language spoken at home is another strong predictor, with Spanish-only households four times as likely to lack an account as ones in which English or some other language is spoken.

But there are also significant differences between today's unbanked and users of the old postal savings system. For one thing, the immigrants who patronized postal savings in the 1910s and 1920s tended to hail from European countries, such as Greece, Russia, Italy, and Austria-Hungary, which had established postal banks. In contrast, postal banking has been much less important, if not altogether absent, in Mexico, China, and India, the three countries that supply most present-day immigrants to America. Post offices today also play a smaller role in the lives of immigrants than they did one-hundred years ago. With the drastic decline of letters as electronic communications became more accessible, immigrants visit post offices much less often than they once did. Even when they wish to send money orders, which were once a popular USPS offering, present-day immigrants rely mainly on private providers rather than the USPS, which now handles just 0.03 percent of international money transfer volume. Domestic money order volume, meanwhile, has dropped by 60 percent since 2000.

Proponents of postal banking often say that the USPS's 31,322 post offices could help it to reach households that lack ready access to bank offices. The USPS's "universal service obligation" requires it to maintain postal facilities and personnel to serve every ZIP code in the country. For that reason, even though there were 81,356 bank offices—headquarters plus branches—in the U.S. in 2019, post offices can be found in census tracts that have no bank branches within a 10-mile radius—so-called "banking deserts." Were distance from a banking facility an important reason why many are unbanked, the presence of post offices where there are no banks would itself be a compelling argument for postal banking.

But the unbanked generally aren't so because they lack nearby bank offices. The FDIC's unbanked survey shows only 9.2 percent cite "inconvenient locations" as a reason for their status, with just 2.1 percent calling it the main reason. By contrast, 52.7 percent cite lacking enough money to keep in an account, and 30.2 percent say they do not trust banks. According to a Federal Reserve survey, although households are more likely to open an account at a bank with a branch near them, their decision whether to open an account at all is not affected by whether they live near a bank branch.

Nor do many unbanked people live in banking deserts. Of the more than 20 million in unbanked households, only around four million live in banking deserts—half of them in urban deserts, and the other half in rural ones. The median rural resident lives farther away from a bank branch than the median urban resident, yet almost as high a percentage of rural as urban households are customers of at least one bank (95 percent vs. 96 percent). And households in the largest urban centers are often more likely to lack an account than those living in suburban and even rural areas. For example, New York City has a higher unbanked rate than the national average, despite lacking even a single banking desert.

If postal savings proponents in 1910 wanted to encourage "thrift among the poorer classes," their 21st-century counterparts wish to bring inexpensive payments and credit to the unbanked. They see postal banking as an efficient—relatively fast and inexpensive—way to do this. But even if the USPS could develop the requisite infrastructure in short order, which is itself doubtful, postal banking would probably not be very cost-effective. On one hand, the USPS is more expensive to run than comparable private businesses. On the other, certain regulations are far more responsible for limiting the appeal of bank accounts, especially among the poor, than any lack of banking facilities. Eliminating such regulations would therefore be a speedier and less costly way to help the unbanked.