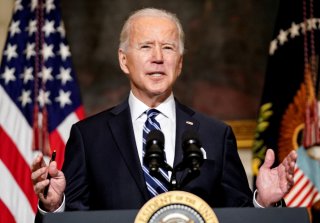 Here's What You Need to Remember: In mid-May, a group of seven Democratic lawmakers, all members of the House Ways and Means Committee, sent a letter to President Joe Biden advocating for a fourth stimulus payment.

In mid-May, a group of seven Democratic lawmakers, all members of the House Ways and Means Committee, sent a letter to President Joe Biden advocating for a fourth stimulus payment.

Though Biden has not announced any plans for a fourth check, and pointedly ignored the issue during his hundredth-day address to Congress, the letter’s authors were undeterred. They pointed out that, according to some estimates, as many as six in ten Americans are still worse off than they were during the pandemic. The group cited the benefit that the three previous checks had made – it is estimated that they kept sixteen million Americans out of dire poverty – before arguing that a fourth $2000 check would assist an additional twelve million Americans in the same way.

Though the White House has remained silent on the issue, it seems that the Biden administration has no plans for a fourth stimulus check. When asked about it, White House Press Secretary Jen Psaki suggested that Biden would listen to Congress on the issue – possibly motivating the Democrats on the House Ways and Means Committee to write their letter.

However, it is unlikely that this will make a difference. Biden has proposed a series of other relief measures, and roughly $4 trillion in proposed legislation has been introduced in Congress. This gargantuan number – roughly the cost of World War II – gives little room for further demands, such as a stimulus check.

Instead, the $4 trillion is divided between Biden’s two recovery measures, the American Jobs Plan and the American Families Plan. The first is a conventional infrastructure bill, promising investments in traditional infrastructure (roads and bridges) as well as the more modern variety (broadband Internet, for instance). The bill has been criticized for spending on other Democratic priorities

The second proposed measure, the American Families Plan, has been crafted to strengthen the recovery for working families. The plan has a number of helpful proposals, perhaps the most notable of which is the near-doubling of the Child Income Tax Credit to up to $3600 per year. (This is its current level, but only because of an emergency COVID-19 relief bill; the payments are scheduled to return to $2000 per year by the end of 2021. Biden’s plan would continue them until 2025.) Other proposals include healthcare subsidies, free community college and pre-K education, and up to twelve weeks of paid parental leave.

These proposals have not deterred Democrats pushing for a fourth stimulus check, including the authors of the most recent letter. However, as Psaki observed, such a measure, recurring or otherwise, would have a high cost, and would be politically unpalatable at a time when Republicans are already negotiating down the cost of Biden’s primary relief measures.