Fourth Stimulus Check: Could AOC and Progressives Make It Happen? 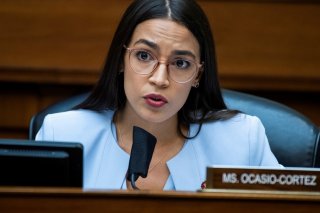 Here's What You Need to Remember: Even with the added financial ledge, millions of Americans are still struggling due to the economic impacts caused by the pandemic, as roughly 40 percent have said their income remains lower than pre-pandemic levels, according to a survey from TransUnion, a financial services firm.