Fourth Stimulus Check News: Why Joe Biden Could Disappoint You. 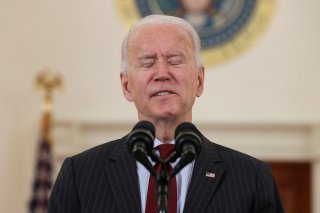 Ever since the passage of the American Rescue Plan Act in March, there has been much talk about a fourth stimulus check, which would follow the Rescue Plan and the two checks that were sent out in 2020.

Groups of members of Congress have sent letters asking for additional rounds of stimulus checks, and a petition for additional aid has received more than 2 million signatures.

However, despite many media outlets writing frequently about the possibility of a fourth round of stimulus checks, it’s virtually certain that no such checks are on the way this year.

There are a few reasons for this. The main one is that the economy is improving, the coronavirus pandemic is receding, and there’s no longer the emergency condition that was in place when the CARES Act and American Rescue Plan passed.

In addition, it doesn’t appear that the Biden Administration is seriously pursuing any legislation that would lead to such checks.

The president has proposed a pair of large spending bills, the American Jobs Plan and the American Families Plan, which do not include universal stimulus checks. The Administration is also currently in negotiations with Republicans in Congress over infrastructure, and if such a deal were to be reached, it would likely entail a final bill with less spending than what the Administration originally proposed. Another round of checks would add hundreds of billions to the total cost.

And while dozens of members of Congress have come out in favor of an additional round of stimulus, it doesn’t appear that such proposals have anywhere close to the votes to pass Congress, much less overcome a filibuster.

Some in favor of additional stimulus saw a glimmer of hope from some comments last week by Jen Psaki, the White House Press Secretary, in a press briefing.

"The president is certainly open to a range of ideas," the press secretary said in the briefing. “He’s happy to hear from a range of ideas on what would be most effective and what’s most important to the economy moving forward.”

While the Biden Administration has stopped short of completely ruling out a fourth stimulus check, with narrow majorities in both houses of Congress, any legislation would need the Administration’s full-throated support, and probably months of serious effort, in order to have a chance of package. Despite words from the briefing room about being “open to a range of ideas,” the Administration has not applied that sort of pressure when it comes to a fourth round of checks.

In the meantime, the payments from the expanded child tax credit, also from the Rescue Plan, will begin going out in July, while the American Families Plan proposes extending those payments through 2025.