France’s Leclerc Tank: The Best Tank on Earth (That You Never Heard Of) 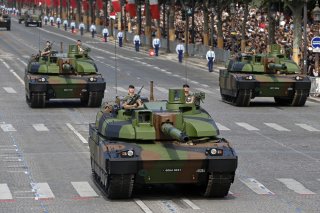 Here’s What You Need to Remember:​ The comparative effectiveness of modern tank armor is difficult to calculate, but the Leclerc and the M-1 appear to have similar frontal armor, though some critics argue the Leclerc’s frontal plate has more weak points around its sensors. In place of the M-1’s Chobham composite armor, the Leclerc boasts an unusual mix of composite, traditional and reactive armor that is slightly more effective against kinetic penetrators fired by other tanks.