France's Leclerc Tank: Super Weapon or a Waste of Time? 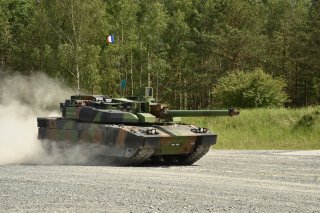 Here’s What to Remember:​ The Leclerc also has a smaller turret profile than the Abrams does— making it harder to hit. However, critics argue the smaller turret affords less space for internal upgrades.