This French Submarine Boasted Guns Big Enough for a Cruiser 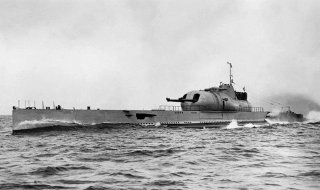 Here's What You Need to Remember: Surcouf led a troubled life. She participated in the seizure of some small Vichy-controlled islands off Newfoundland before disappearing with all hands under mysterious circumstances early in World War II.

The later, even larger Japanese I-400-class submarine aircraft carriers extended the aircraft-as-long-range-artillery concept to its mid-century conclusion. The huge subs mounted five-inch deck guns and anti-aircraft machine guns, but relied on their embarked aircraft and their weapons for main firepower.