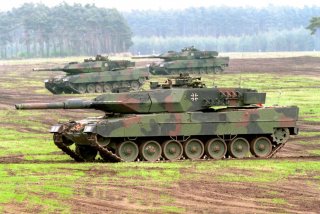 In the past year, numerous articles have arisen demonstrating the Bundeswehr’s lack of readiness. Fixed-wing aircraft, helicopters, and other vehicles have been grounded due to a lack of spare parts, bringing readiness rates below 50 percent.

Another fighter developed by a European defense consortium, the Tornado was developed by the United Kingdom, Italy and Germany. Designed to penetrate enemy defenses by going in low and fast, the Tornado was one of the last swing-wing fighter jets. Since the end of the Cold War, however, the Tornado forces has suffered from chronic underfunding.