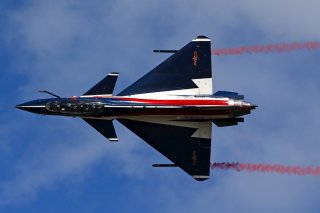 Here's What You Need to Remember: The future of the J-10 remains doubtful. The J-11 is far more capable in most aspects than the J-10 and has more potential for development, and China appears to be continuing R&D and developing that fighter. The J-10C is currently more capable in the air-to-ground realm as a result of its usage of NATO standard pylons, but this may change in future versions of the J-11.