The Future of Space Warfare Will Be Influenced by Naval Strategy 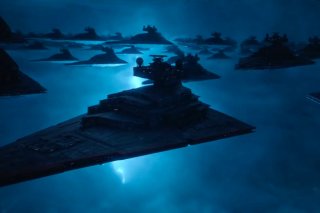 The Line between Prescient and Far-fetched

While critics may point to the astronomical costs and technological gaps that make interplanetary travel an impossibility, the critique is confined to now. In 1945, some mainstream scientists felt that satellites and intercontinental ballistic missiles were fool hardy errands that would be too technologically complex and cost prohibitive to develop. Less than twelve years later, Sputnik orbited the planet and within fifteen years, intercontinental missiles rested in silos. The once lone small metal ball named Sputnik launched by the Russians in 1957 has given way to a world that depends on complex networks of satellites. While GPS has become a household name in a few short decades, Russia’s GLONASS, China’s Beidou, and Europe’s Galileo systems offer competing location services with global navigation satellite systems (GNSS) receivers. The recent out-of-control Chinese rocket shows that China’s Communist Party is serious about becoming a space-based power and willing to pursue this capability at all costs without due regard for safety. Even more recently, the Chinese landed their Zhurong rover on Mars where President Xi Jinping proudly praised all involved by saying, “You were brave enough for the challenge, pursued excellence and placed our country in the advanced ranks of planetary exploration.” On July 11th, 2021, Richard Branson along with five other crewmates flew to space aboard the VSS Unity proving the viability of space tourism. The following week, Jeff Bezos and Blue Origin followed suit in achieving spaceflight in the New Shephard.

The rapid pace of artificial intelligence (AI) advancement and Space X’s Falcon 9 rockets, Starhopper, and now Starship all show that a manned mission to Mars is a matter of when, not if, and might occur as soon as 2024. SpaceX has plans to colonize Mars with one million people by 2050.

To sustain and develop a Martian colony and more, established and secure space lines of communication will be of critical importance. Interplanetary pursuits are being pursued at a break-neck pace by both allies and adversaries, including China, Russia, India, United Arab Emirates, the United Kingdom, and European Union. As each country pursues its own interests among the solar system, the United States must develop a grand strategy in the solar system to protect US interests against both state and non-state actors. The reflection of this reality came to fruition on June 7th, 2021, when Congressman Ted Lieu introduced the Space Infrastructure Act which will “issue guidance with respect to designating space systems, services, and technology as critical infrastructure.”

The blockade of Naboo never happened, but it does have historical precedents and very real implications for space exploration and exploitation. As countries vie to expand their resources, they not only gaze across the vast oceans but upwards towards the final frontier. The increased focus on Mars and beyond demands a robust US interplanetary strategy to protect the United States’ interests in the cosmos. While the United States is rightly focused on earth-based priorities, Milan Vego’s canonical book Maritime Strategy and Sea Control: Theory and Practice, can provide guidance for interplanetary strategy in ensuring a “a free and open [solar system] in which all nations, large and small, are secure in their sovereignty and able to pursue economic growth consistent with accepted international rules, norms, and principles of fair competition.” If the United States neglects interplanetary strategy, the United States will be left behind as other countries not only develop but execute their interplanetary strategies. If Admiral Fisher was alive today, he would ask, “Do you know that there are five keys to the solar system?” We need to ask ourselves, who will control these keys?

Lieutenant Commander Dylan “Joose” Phillips-Levine is a naval aviator and serves with TACRON-12.  His Twitter handle is @JooseBoludo.

Lieutenant Commander Trevor Phillips-Levine is a naval aviator and serves as a department head in Strike Fighter Squadron Two. His Twitter handle is @TPLevine85.

This piece was originally published by the Center for International Maritime Security.