Future War: The U.S. Army's Plan to Deploy Lasers against Drones and Missiles 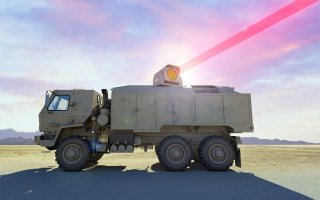 Here's What You Need To Remember: Adding lasers to the arsenal, integrated with sensors and fire-control radar, therefore helps U.S. soldiers quickly destroy enemy threats by burning them out of the sky in seconds.

Forward-deployed soldiers in places like Afghanistan are familiar with facing incoming enemy mortar rounds, rockets, and gunfire attacks, and potential future adversaries could likely launch a much wider sphere of threats to include drones, cruise missiles, artillery or other types of weapons at FOBs.