GameStop: Here's Why the Retail Trading Craze is Just Getting Started 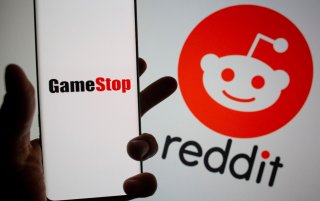 I joined the WallStreetBets forum on Reddit almost two years ago. But I was far from the image of the typical “bored, young Reddit trader” that has been portrayed in the media lately. I had worked in banking, and been a retail investor for more than 15 years – in addition to teaching financial management at a Russell Group university for more than eight years.

The average profile of members was similar to mine in terms of knowledge and experience – only much younger and with much deeper pockets than me, I think. The forum had just above a million members and it was a good source of learning and information.

The users referred to themselves as “degenerates” or “retards” (an anagram for “traders”) and, when they posted their analysis of possible trading opportunities, it was known as “DD” or due diligence. These DDs would be very detailed, just like the kind of analysis that the now famous Keith Gill – aka DeepFuckingValue – would later post on computer games retailer GameStop, which led to the 100-fold price surge that has recently taken the world by storm.

These DDs were scrutinised and discussed by members and any discrepancies in arguments or data were usually identified quickly. Existing members continually reminded newcomers about the risks involved with suggested trades and cautioned that anyone putting more than 2% of their total capital into a risky trade was making a mistake.

The forum started discussing GameStop around a year ago. But at that time it was just a trading opportunity. There wasn’t any talk of taking down hedge funds or a war with Wall Street until two months ago. In January 2021, based on the discussion in the forum, I bought 11 shares in GameStop, in gradual steps ranging in price from US$80 to US$350 (averaging US$200) as a calculated trade based on the available information at the time.

By late January, it had become a frenzy as forum members piled into GameStop and other stocks, including BlackBerry and cinema group AMC Entertainment, using low-fee trading platforms such as Robinhood. This was based on the knowledge that many hedge funds had bet heavily on these share prices to go down (known as “short positions”), and that driving them up would cost big investors a fortune. In the event, the damage has run to billions of dollars and some players, including Melvin Capital, Maplelane and Citron, got burned.

The WallStreetBets forum has grown exponentially. The number of members now stands at 8.4 million and still rising, and it is almost impossible to follow the discussion or extract information from the barrage of posts. Even the founders of the forum have complained that it is a victim of its own success.

The response from the trading apps has been questionable in my opinion. They either stopped or severely restricted buying by individual traders while allowing everyone to sell, thus suppressing demand and price. And these restrictions were only for retail traders - not hedge funds.

Outraged retail investors are bringing more than 30 class-action lawsuits against Robinhood, and a house committee hearing by US lawmakers is expected later in February. The New York attorney general, Letitia James, is reviewing Robinhood’s reaction, while prominent figures like CNN host Chris Cuomo, Tesla’s Elon Musk and tech investor Chamath Palihapitiya have openly questioned whether Robinhood imposed the restrictions to favour hedge funds with short positions. Notably, one of the main customers for the user data that Robinhood sells is Citadel Securities, which is one of Melvin Capital’s backers.

Beyond this individual Reddit forum, a wider change seems to be taking place. For the past few weeks, most of the fastest-growing communities on Reddit are related to investment and trading discussions. And this trend is spreading across the world. Similar forums have emerged in the UK, Europe and Malaysia.

There is also the realisation among institutional investors that social media users working collectively are capable of exposing carefully hidden information and spreading it like wildfire. It may mean that more people may choose to manage their own investments in future rather than paying generous fees to hedge funds and other financial institutions to do it for them.

It may also lead to significant changes in risk management and disclosure practices. For example, Citron, which specialises in taking short positions, says it will no longer put its research into the public domain.

On a more social level, this phenomenon appears to have made young people much more interested in how the financial markets work. Social media forums and commission-free trading appears to be creating a new generation of investors.

This democratisation of capital markets may be a solution to the indifference that has long existed among the ordinary population towards saving and investing - reversing a trend that has existed for more than three decades.

As for me and my 11 shares in GameStop – currently worth US$990, or about half of what I paid for them – I plan to hold them for two reasons. The company now has the support of 8.4 million WallStreetBets members as potential customers, many of whom are also the primary customers for its gaming products. GameStop is now also a well recognised brand among young social media users across the world. Wish me luck.