This Gaming Company Is Suing Apple. Can They Break Up the App Store? 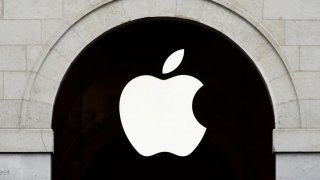 Fortnite developer Epic Games (Epic) routinely manufactures online events to attract gamer attention. But nothing in-game approaches the drama of last week’s real-life standoff with Apple. After publicly violating Apple’s terms of service and seeing Fortnite removed from the App Store as a result, the company filed an antitrust suit and released a cheeky video riffing on Apple’s iconic 1984 television commercial. The event was a public relations success, painting Apple as the corporate behemoth that it once fought— but it is much less clear whether the company will find similar success in the courtroom.

Epic’s criticism of App Store practices are not new. Earlier this summer, Public Knowledge’s John Bergmayer released a white paper discussing the benefits and potential harms of App Store practices and recommending changes similar to those Epic has requested. As usual, Bergmayer’s work is well-reasoned and makes good points about the potential pitfalls of the current system. But I’m not convinced that these critiques mean Epic will succeed in its antitrust suit (and I don’t read Bergmayer to suggest otherwise).

Much of the lawsuit turns on Epic’s market definition. Epic alleges that there is a distinct market for iOS application distribution. This seems artificially restrictive. Because mobile users can choose between iOS and Android devices, it seems that the iOS user base is not a separate market. Developers (including Epic) often create iOS and Android versions of their apps, which reinforces the intuition that the relevant marketplace should include, at minimum, iOS and Android users. (Epic seeks to undermine this conclusion by highlighting the costs of switching from the iOS to the Android ecosystem.)

Epic’s argument is reminiscent of the so-called “terminating access monopoly” problem in telecommunications. The theory is that even if consumers have a choice among providers, each provider has a monopoly on access to its consumers and can exploit that position to extract rents, even in a competitive environment. But precisely because one company’s customer base is not a relevant market, the terminating access monopoly phenomenon only threatens competition under certain circumstances, as Jonathan Nuechterlein and Christopher Yoo have shown. Among these, the customer must be single-homed (meaning the only way to reach the customer is through the provider holding the “monopoly”), and the provider’s customer base has to be so large that if a company is denied access to that customer base, it cannot be viable even if it can serve other providers’ customers.

Neither condition seems to hold true here. Epic offers Fortnite cross-play on a variety of platforms. One of my teenage sons plays on his desktop computer or, in a pinch, on an Android phone. His brother plays on a console. They can shift back and forth, which belies the notion that Apple has a “monopoly” on Epic’s access to them. Moreover, the loss of Apple’s customer base is not an existential threat to Epic — as evinced by Fortnite’s continued operation since last week’s App Store ban.

Epic also alleges that there are no procompetitive justifications for Apple’s closed-garden approach. But developers and consumers alike benefit from “sandboxing.” By limiting apps to those in the App Store that use the iOS payment processing system, Apple can assure its customers that all available apps will work within the iOS ecosystem, that apps will abide by privacy restrictions, and that payments can be safely made without fear of fraud or identity theft. Consumers pay Apple a premium for this peace of mind — and Apple makes tools available for developers to meet App Store standards and compete on a level playing field.

That’s not to suggest that the App Store model does not have the potential for abuse. But Epic’s allegation that “Apple faces no constraints on its power” is facially ridiculous. Apple depends on developers to populate its App Store; abusive practices could alienate them and denigrate the overall iOS ecosystem. Moreover, presumably nothing prevents Epic from charging more for in-app purchases on mobile devices to reflect the App Store markup, which could drive consumers to other channels.

Epic’s complaint has spawned similar criticism from consumers and Facebook alike. Perhaps the outcry will pressure Apple to change its App Store policies. But I do not expect the court to do so.

This article by Daniel Lyons first appeared in AEIdeas on August 18, 2020.