Garbage: This Early Assault Rifle Might Be the Worst Machine Gun Ever Made 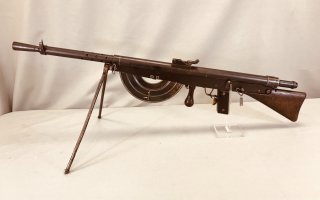 Here's What You Need to Know: Despite high hopes, the Chauchat turned out to be terribly unreliable.

The allied armies, particularly the French, realized that there was a need for a squad-level machine gun to fill the gap between the standard infantry rifle and the heavier, tripod-mounted machine gun.