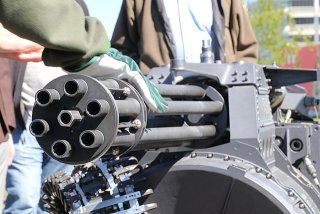 Here's What You Need to Remember: Technically the Gatling Gun wasn't a "machine gun" in the modern sense, as it was hand-cranked – with each crank essentially firing a round and chambering the next one.