General Rommel, Not a Tank or Sub, Was Hitler’s Ultimate Weapon 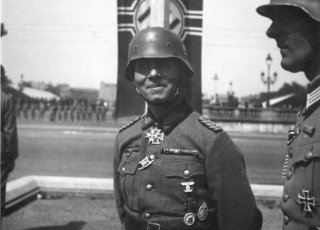 Here’s What You Need to Remember: Rommel demonstrated how superior leadership can sometimes overcome even material disadvantage. All other things being equal, leadership will trump opponents who might have some advantage in numbers and technology.