German Spies Stole the Design For This Monster Tank From Britain 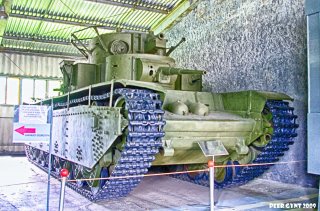 Key Point: These tanks never served during World War II, but Germany carried the experience with it into the war.