Germany’s Foray into the Seas: The Type 212A Stealth Submarine 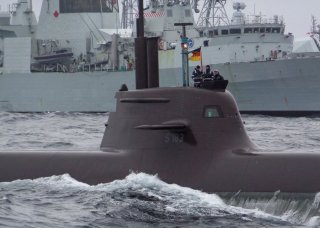 Here's What You Need To Remember: As the German Navy has expanded its operating area to cover the waters of Northern Europe, the North Atlantic and the Mediterranean Sea, the Type-212A has been crucial—allowing Germany to operate in the littoral areas as well as the open sea.