Is Germany’s Leopard 2 the Best Main Battle Tank in Europe? 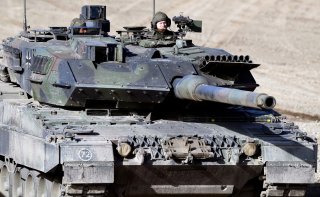 Here's What You Need to Remember: More advanced than the Leopard 2A7V is the Leopard 2A7+/2A7Q, which was procured by Qatar. It features the same upgrades on the Leopard 2A7V but has an even more powerful APU (so the air conditioning systems can be run when the tank is standing still).