Germany's Military Has Some Serious Problems 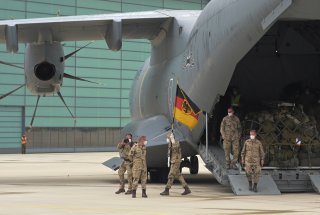 Here's What You Need to Remember: Indeed, Germany’s military, while armed with some of the world’s most deadly weapons, faces some tremendous challenges.

Another fighter developed by a European defense consortium, the Tornado was developed by the United Kingdom, Italy and Germany. Designed to penetrate enemy defenses by going in low and fast, the Tornado was one of the last swing-wing fighter jets. Since the end of the Cold War however, the Tornado forces has suffered from chronic underfunding.