Get Rid of This One Thing to Change Police Behavior 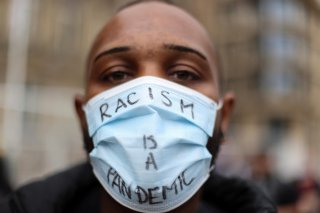 I’m not in a position to say with confidence how often those fines and forfeitures were collected unlawfully, or exactly how much of a trade‐​off there is between using law enforcement to extract money from citizens vs. covering judgments against those very officers. But I think it’s reasonable to expect that the increased accountability brought by eliminating qualified immunity—which Epps himself expects to see!—would affect these underlying practices.

Also, as my colleague Clark Neily has explained at length, and as I touched on in a recent op‐​ed, abolishing qualified immunity can and should be paired with requirements that individual police officers carry liability insurance. That way, instead of near‐​automatic indemnification blunting individualized accountability, officers would have a clear, direct interest in making sure their own behavior conformed to constitutional standards — because unprofessional officers who routinely committed misconduct would see their premiums go up, and would eventually be priced out of the market.

And in fact, Epps himself seems to agree with us on the salutary effects of using insurance to help regulate police departments. He actually cites a recent law Chicago Law School study finding that “police insurers encourage departments to improve policies and dismiss offending officers.” In other words, Epps has just put forward what seems like pretty strong evidence that, in fact, the potential for liability does lead police departments to alter their behavior. But he then offers this rather bizarre dismissal of the very evidence he just put forward:

But these effects are not guaranteed. A more effective strategy could be just to require departments to adopt better training and personnel policies to begin with.

“Not guaranteed?” This isn’t a philosophy club, and we’re not trying to solve the problem of induction here. This is a question of public policy, and particular policy outcomes are never “guaranteed.” But there’s certainly good evidence, backed also by common sense, that meaningful accountability would indeed have salutary effects on police behavior.

Moreover, his suggestion that we should “require departments to adopt better training and personnel policies” sure sounds reasonable, but it’s not a primitive action. What are these better policies? Are they the same everywhere? How are “we” going to actually “require” them? And most importantly, what happens if we do “require” these policies, and officers violate them anyway?

Epps doesn’t answer any of these questions, but the difficulty raised by all of them is exactly why meaningful accountability is an indispensable component of police reform—the expectation that officers will be held liable if they violate people’s rights is what will actually compel departments to use better policies in the first place, and the risk of a personal judgment is what will give these policies teeth. Qualified immunity is the main obstacle to this sort of accountability, and that’s why it has to be abolished.

In conclusion, a lot of the particular points made in Epps’ op‐​ed are reasonable and thoughtful, and despite our disagreements, even he comes down clearly on the side of eliminating qualified immunity, because, in his words, it “routinely requires courts to say that there will be no penalty for a police officer who has violated the Constitution” and therefore “sends the message—to officers and the public—that the police are above the law.” That is certainly true. But eliminating qualified immunity is also one of our most promising means of actually encouraging police officers to respect people’s constitutional rights. It is by no means the only police reform that we need, but it is an indispensable component of meaningful reform.

This article by Jay Schweikert first appeared in CATO on June 17, 2020.