The Good, the Bad, and the Ugly in Biden's Defense Budget 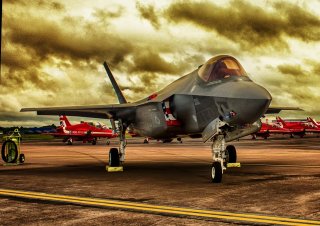 There are a lot of elements to evaluate and understand in the defense budget released by the Biden Administration on May 28. Some good. Some bad. And some ugly. Following are macro observations in each category.

The proposed budget funds nuclear modernization, missile defeat and defense, and disruptive technologies such as artificial intelligence, hypersonics, microelectronics and quantum computing. It increases funding for cyberspace activities. The Department also acknowledges that its planning, programming, budgeting and execution process will require streamlining for “developing, acquiring and deploying these technologies.” Momentum has been building to fix this issue as the current process leads to missed opportunities in fielding new capabilities. It is good to see it specifically addressed in the budget request as well.

Defense is not a Biden administration priority. There are also signals that the administration intends to redefine what constitutes a national security investment to divert defense funds from critical warfighting capabilities to domestic manufacturing, emergency response and other priorities.

The administration previewed its focus away from defense earlier this year with both the Interim National Security Strategic Guidance and the Office of Management and Budget (OMB) April discretionary budget request. The OMB press release did not even mention defense. Under the proposed budget, defense is the only federal department to not even keep pace with inflation, while domestic agencies would go up by 16%, and the Department of Education would receive a 41% increase.

The administration has now further confirmed its lack of interest in defense with the May 28 White House budget summary. It includes no reference to actual military capabilities. Among the proposed investments discussed under the heading “Confronting 21st Century Security Challenges” are COVID, foreign assistance, the World Health Organization, the United Nations Population Fund, and the establishment of a Global Health Security Agenda.

While the summary touches briefly on the China threat, the Pacific Deterrence Initiative, and notes the importance of cybersecurity, it highlights none of the myriad investments required to compete militarily with China. Rather, the document states that the budget includes significant resources to "strengthen and defend democracies throughout the world; advance human rights; fight corruption; and counter authoritarianism."

This budget comes at a time when the threat is clear, the competitiveness of the U.S. military is in jeopardy, readiness recovery is perishable, and comparisons of real defense investments actually show China’s defense budget outpacing that of the U.S.

The administration is also trying to redefine what is included in "national security," which further increases the amount of non-defense spending in the defense budget. Documents reveal that "At home, the Department will invest in American manufacturing, military families, and national disaster and pandemic response infrastructure, ensuring the Department's positive impacts are felt across America as we work together to build back better." This ignores the fact that defense spending has long been recognized as an economic engine, an engine that should focus on building warfighting capability and not be an easy button for any and all challenges faced by the nation.

The Department is proposing the divestment of legacy systems, many of which have been requested in the past and rejected by Congress. The concept of shedding excess and/or expensive-to-maintain equipment — or infrastructure — that are no longer useful or cost-effective makes sense and represents good stewardship. However, doing so without plans to replace the lost capability while also cutting $8 billion from the FY 2021 enacted procurement budget, without new, compelling information to persuade Congress is likely to be ugly.

The Military Department Unfunded Priority Lists submitted to Congress this week may also dust up the budget discussion. While the lists are useful to Congress in determining where additional funding would do the most good, they also shed an unattractive light on decisions made during the budget process that left key priorities unfunded. It is difficult to defend an increase of $617 million for climate change, or $500 million for pandemic research — on top of a $35 billion health budget in DoD alone — when key military warfighting capabilities such as ships, aircraft, and readiness such as depot maintenance and weapons systems sustainment, are left unfunded.

Elaine McCusker is a resident fellow at the American Enterprise Institute. She is a former Acting Under Secretary of Defense (Comptroller).