Good News for Trump?: Unemployment Numbers Are Going Down 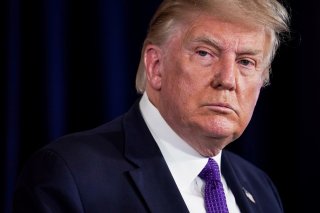 Yesterday’s unemployment benefit claims report from the US Department of Labor (DOL) shows positive trends on multiple fronts, starting with first-time claims for state unemployment insurance (UI) benefits dropping below one million for the first time since March. As summarized in The Wall Street Journal, “The decline in jobless claims indicates layoffs are easing and hiring is picking up, said Julia Pollak, economist at job site ZipRecruiter.” While claims remain historically elevated and weekly data often fluctuate, lower numbers claiming benefits in recent weeks suggest more people are remaining in or returning to work.

The latest data also show the decline in first-time claims for state UI and federal Pandemic Unemployment Assistance (PUA) benefits has been especially sharp since the $600 federal UI bonus expired in late July.

Other highlights from the DOL report:

Initial claims for state UI benefits were a seasonally adjusted (SA) 963,000 for the week ending August 8, the first time that figure has been below one million since the week ending March 14, 2020. In just past two weeks (that is, for the two-week period after the federal $600 bonus expired), weekly initial claims have fallen by almost 33 percent. The most recent “not seasonally adjusted” (NSA) initial claims figure was even lower, at 831,856 for the week ending August 8. That’s far below the 6.2 million peak in early April, but it’s still above the pre-pandemic record and over four times typical levels. That reflects progress, but still a long road ahead.

Continuing claims for UI benefits (i.e., the total number currently collecting benefits under that program) also continued to fall, reaching 15.2 million in the week ending August 1, a drop of nearly 625,000. That drop was on top of the even larger decline in the prior week ending July 25, when the UI rolls fell by nearly one million. Significantly, that decline was not generally due to individuals’ exhausting UI benefits and moving onto extended benefits under the Pandemic Emergency Unemployment Compensation (PEUC) and Extended Benefits (EB) programs — the number receiving benefits under those programs grew by only about one-tenth as much.

Initial claims for the unprecedented federal PUA program dropped even more sharply. That program provides unemployment checks to gig workers, independent contractors, and others with such limited work history they would not normally qualify for state UI benefits. In the past two weeks (that is, through the week ending August 8), weekly initial claims for PUA fell from 908,800 to 488,622, a 46 percent decline since the $600 federal bonus expired.

Apparent continuing claims for PUA benefits, which have been subject to wild fluctuations including because they include backlogged claims, also dropped sharply, falling 17 percent — from nearly 13 million to 10.7 million — in the week ending July 25. For the first time in the PUA program’s brief history, more people have now applied for PUA benefits than appear to be currently collecting them (the prior inversion of those figures illogically suggested more people were “on” benefits than ever applied to get on). These data suggest states have continued to make progress processing PUA claims backlogs, which inflated apparent PUA continuing claims and thus total continuing claims under all unemployment benefit programs in prior weekly DOL reports.

This article first appeared in the AEIdeas blog.