Got a Stimulus Check But Didn’t Deserve One? The IRS Took Notice 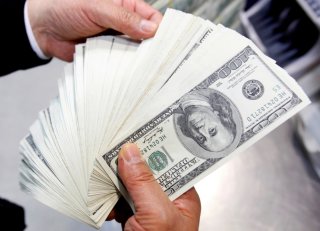 Here's What You Need to Remember: For the expanded child tax credits heading out in July, an overpayment of these funds may force taxpayers to pay up come tax season next year. Understand that these credits are advanced payments that are largely based off the IRS’ estimates on available data, such as overall income, marital status, and number and age of qualifying dependent children.

Amid another hectic tax season, the Internal Revenue Service has been working around the clock to disburse tens of millions of coronavirus stimulus checks to struggling Americans.

But in the effort to fast-track these $1,400 payments under the American Rescue Plan, some of the checks ended up heading into the bank accounts or mailboxes of certain individuals who didn’t necessarily deserve them.

One particular situation that the IRS has taken time to point out is if a deceased person received a payment. In fact, the agency has sent out a notice that spouses or relatives will need to return the stimulus checks to one of its offices.

However, the IRS added that this notice only affects taxpayers who passed away before January 1, 2021. Moreover, the extra $1,400 per dependent is also not to be spent for a parent who died before that date.

If the deceased spouse, though, was part of a joint return, then the surviving individual may keep the cash. Keep in mind that the same holds true if the deceased was a married member of the U.S. military. And if a stimulus payment has both of the husband and wife’s names on it, the surviving spouse may keep the funds but must include a letter requesting a new check be reissued with only his or her name on it.

If one chooses to return the stimulus funds, it is relatively straightforward. Just write “void” in the endorsement section on the back of the check and then mail it via USPS to a local IRS location. Don’t forget that they should also write a brief explanation stating the reason for returning the payment.

If the money was already direct deposited into a bank account, then one can mail off a personal check or money order to an IRS location. Just make it payable to “U.S. Treasury” and write “Third EIP” and a personal taxpayer identification number on the check.

Also, take note that for the expanded child tax credits heading out in July, an overpayment of these funds may force taxpayers to pay up come tax season next year. Understand that these credits are advanced payments that are largely based off the IRS’ estimates on available data, such as overall income, marital status, and number and age of qualifying dependent children.

But if any outdated or inaccurate data are used, they could potentially generate an overpayment of credit—meaning that the impacted individual will be responsible for any difference in the final amount.

The IRS has announced that a portal will eventually be launched for the child tax credit payments so that taxpayers’ information can be added or updated more conveniently.