The Government Doesn't 'Raid' Social Security. But It's Complicated. 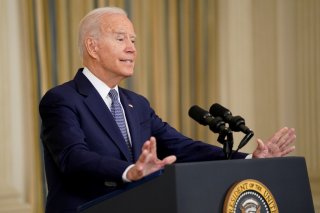 Here's What You Need to Remember: In theory, the U.S. government maintains the option to default. This would be an extremely poor decision, however, because other investors would see it and be far less willing to loan their own money to the government in the future.

In reality, the economics of Social Security is far more complicated. While the government does borrow money from the Social Security trust fund, then it does so in a legal way, and in a way that requires it to pay back what it borrowed, plus interest.

Here’s How It Works

Instead, the trust fund increases its funds by investing in U.S. treasury bonds. By purchasing the bond, the Social Security Administration (SSA) loans its funds to the rest of the government, which can then use the money to fund its own programs. However, the government is obliged to pay back the bonds that the SSA buys, with interest—ultimately supplementing the SSA’s total assets, and allowing them to reliably pay benefits on time.

What Could Go Wrong?

The current system is reliant on the U.S. government keeping its word and repaying the bonds it issues. If the government became unable or unwilling to pay back the bond for the full amount it owes, it will “default” on it—essentially claim it cannot pay and offer a lower sum instead.

Bonds are typically very stable; unlike more speculative investments, they typically offer an iron-clad pledge to pay back the full amount, at the expense of a very low-interest rate. But other countries have been known to default on their bonds before, usually as part of some larger financial crisis. The United States has never done this and purchases of U.S. bonds are considered a very safe investment. The United States’ high creditworthiness has also solidified its role as the bedrock of the global economy. As a result, the U.S. dollar’s role is the standard for world commerce.

In theory, the U.S. government maintains the option to default. This would be an extremely poor decision, however, because other investors would see it and be far less willing to loan their own money to the government in the future. Moreover, Social Security’s funds would be impacted and American seniors, who vote in extremely high numbers, would probably hold the guilty party accountable.

Therefore, “raiding” the Social Security trust fund would be political and economic suicide for the U.S. government, so retirees can rest easy that their money is safe for now.