Government Regulators Ruined the Value of This Land in Hawaii. They Should Have To Pay. 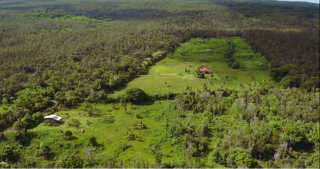 Developer Bridge Aina Le‘a, LLC, purchased a huge swath of land in Hawaii on which it planned to build hundreds of new homes. Before the company ever got the chance, however, the Hawaii Land Use Commission re‐​designated the land for agricultural use, stopping residential development dead in its tracks. Bridge Aina Le‘a sued to get its money’s worth and has asserted its constitutional right against uncompensated takings of property.

The land in question, over a thousand acres “of largely vacant and barren, rocky flow land,” could hardly support agricultural use. But existing Supreme Court doctrine could be read to defeat a takings claim in this case. This is despite the Land Use Commission’s subversion of Bridge Aina Le‘a’s “distinct investment‐​backed expectations”—a crucial factor in determining whether a regulation “goes too far” (as Justice Oliver Wendell Holmes put it in 1922), violating the Fifth Amendment’s Takings Clause. That’s because in Penn Central Transportation Co. v. New York City (1978), the Court held that whether a regulation effects a taking in most cases involves “essentially ad hoc, factual inquiries.”

For over four decades, courts and developers have been left to ponder what these notoriously open‐​ended words mean. In Lucas v. South Carolina Coastal Council (1992), the Court clarified that those words were not meant to apply to regulations that resulted in a total loss of a property’s value or usefulness; that losses of that magnitude, once proved, effect per se takings of the property (regardless of whether the owner retains physical possession of the now‐​valueless or useless land). The problem with the Lucas doctrine is that even a 99% value‐​loss will not cut it—at least not for most courts. And, to add insult to injury, Lucas’s “usefulness” factor has fallen nearly completely out of vogue.

Cato has joined the Pacific Legal Foundation and New England Legal Foundation on an amicus brief supporting Bridge Aina Le‘a’s request that the Court overturn the Ninth Circuit’s rejection of its takings claim. We are asking the Court to read the Lucas doctrine as Lucas itself intended: to encompass not just total‐value losses, but losses of all (or nearly all) beneficial uses of property.

Property nearly always retains some value to somebody. Indeed, even Lucas’s property on the pristine South Carolina coast remained valuable for its awe‐​inspiring views of the Atlantic Ocean. It also retained some marginal uses, including dissenting Justice Blackmun’s unironic retort to the Lucasmajority that Lucas still had the “right to swim” in the property’s waters.

The subtext in Lucas was that its total‐​value‐​loss standard really did mean a loss of all beneficial uses of the property as well. After all, the Court held that a categorical taking occurs when a regulation denies “all economically beneficial or productive use.” But because the Court hedged, applying its holding to the narrow facts before it, many courts since have held to the convenient fiction that Lucas means less than what it expressly says, and does not apply to cases like Bridge Aina Le‘a’s. That is, cases where public officials, for no good reason, leave owners with no beneficial uses of, and nearly zero value in, the property.

Bridge Aina Le’a v. Hawaii Land Use Commission offers the Court a prime opportunity to clarify that the Lucas doctrine applies in equal measure to cases in which the government regulates land in such a way that no beneficial use can be made of it, even if the land retains 0.0000001% of its pre‐​regulated value. This is likely a much more common scenario than total‐value losses, and its consideration by the Court is long overdue.

This article by Ilya Shapiro, Trevor Burrus, and Sam Spiegelman first appeared in CATO on August 20, 2020.