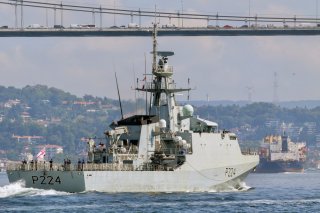 Here's What You Need to Know: If operating two Queen Elizabeth ships and their stealth aircraft proves pricier than forecast—hardly an unlikely prospect—the carriers themselves might come under scrutiny. Having reduced the Royal Navy to a couple of fleet units to save money, lawmakers might deploy the same bean-counting logic to justify dismantling the fleet units themselves. Allied effectiveness would suffer.