A Grom Drone and an Su-57: Russia's Answer to Loyal Wingman 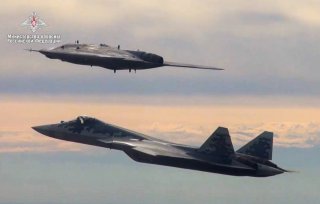 Here's What You Need to Remember: The Grom drone can deliver “precision strikes” against enemy infrastructure or high-value targets without putting its accompanying aircraft at risk.