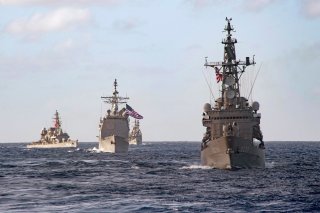 Here's What You Need To Remember: You would think the wars in Afghanistan and Iraq had put paid to the conceit that the bigger, higher-tech, more expensive force inevitably triumphs. Substate enemies brandishing makeshift weaponry gave the U.S. and coalition armed forces fits during those conflicts. Afghanistan is sputtering to an indecisive conclusion at best. It’s hard to imagine that China, or Russia, or Iran would fare more poorly than the Taliban or Iraqi militant groups considering all the resources these martial states can tap.