Growing Pains: It Won't Be Easy For Russia To Build More Tu-160 Bombers 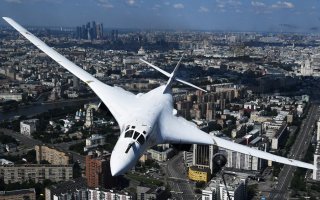 Here's What You Need To Remember: Russia’s warplane-production problems more or less come down to money. Moscow spends just $70 billion annually on its armed forces, a tenth of what Washington spends. At that level of spending, buying 50 new Tu-160s could prove too expensive.